Responsible for providing an extensive range of high-quality services to its 280,000 residents, the London Borough of Lewisham Council has securely stored paper-based information about the borough since the 1940`s. Their goal was to convert their organisation to a paper-light environment in an effort to improve their overall service and drive efficiencies in the organisation, including: 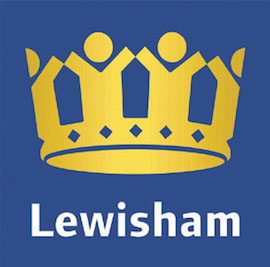 The document storage and filing system had evolved over decades, and as a result, the Council team did not have full visibility of the files or their location. To overcome this, DDC OS UK implemented a document and file tracking system that started at packing stage and followed the document through to the digital images being integrated into the Councils new system. This was completed using a combination of manual indexing and OCR (Optical Character Recognition) technology to identify and track the documents.

The next challenge was to remove the files in a manner which caused minimal disruption to the Council team and the service they provided. DDC OS UK agreed on a collection plan and utilised collection professionals to undertake this task. The coordination and time to track and carefully load the documents into appropriate storage was not trivial and was completed manually and with the use of DDC OS’ in-house bespoke barcode tracking software, DDC OS TRACK.

Some of the files were in very poor condition and DDC OS UK encountered some documents that the team had to be particularly careful with to prevent the paper disintegrating in their hands. Other pages had been fixed through their lifecycle with tape which affected the integrity of the scanning. The most challenging documents were those that were very old and almost translucent. The document preparation team were trained in the best methods to handle the delicate documents and a variety of scanners and scanning methods were used to obtain the best possible image quality.

In addition to poor quality, a large proportion of the documents were oversized plans, which had been folded and stored in ring binders, to address this challenge, DDC OS UK separated these documents, and scanned them using their oversized scanner which could easily cope with the largest of maps and plans. The digital images were then merged into the correct location alongside documents they had originally been stored with. The day to day running of the Council did not stop during the digitisation period and documents were needed throughout the process. To ensure that the Council were able to maintain fully functional, DDC OS implemented a ‘Scan-on-Demand’ service where the Council could request specific files to be scanned within 24 hours of the request. This was possible due to the file and document tracking system implemented at collection.

Data protection and security of information was an initial concern for the council. However, with DDC OS UK’s accreditations, training and facilities this concern was negated and the client was extremely pleased with the measures DDC had in place. The last challenge was to ensure that the digitised images integrated with the Council’s system and that they could access and search for the documents easily and effectively. Before any live scanning took place a number of documents were tested and the DDC OS UK technical team worked closely with the Council’s system engineers to make sure that the ingestion of data and images worked efficiently.

The London Borough of Lewisham was delighted with the project which was completed on schedule and within budget. The relationship between the council and DDC OS continues to grow with additional projects, as DDC OS is much more than a digitisation house.

DDC OS UK worked closely with the Council team to identify the service they required, this resulted in a very clear statement of works document which laid out the specification of the project.

The London Borough of Lewisham was delighted with the project which was completed on schedule and within budget. The relationship between the council and DDC OS continues to grow with additional projects, as DDC OS is much more than a digitisation house. With a state of the art customer contact centre, document processing centre and digital mailroom, DDC OS can accommodate a wide range of back office processing functions.

This was a job that we felt would be too complex, particularly from accurate indexing, and too expensive, so we are delighted with the results. The finished product exceeded expectations.